Housden was first launched into the spotlight with his original score for Mike Bithell’s best-selling indie title Thomas Was Alone. Featuring minimalist pianos and ambiences fused with lush strings and ethereal synths, both the game and soundtrack enjoyed rave reviews, receiving BAFTA nominations for ‘Best Story’, ‘Best Original Music’ and ‘Best Performance’ (winner) as well as Develop nominations for Best Audio Contribution and Best Use of Narrative (winner), and Honourable mentions from the Independent Games Festival for Excellence in Visual Design and Excellence in Audio.

Widely tipped as one of the industry’s most promising young talents, he’s currently scoring his first feature length film, The Hit Squad, an animated comedy described by director Chris Blundell as “South Park meets Spinal Tap on Nintendo; as well as multiple new game projects due out in the next year.

“I hired David as a composer, what I got was a collaborator. His work on Thomas helped to elevate the game far beyond anything I could have hoped it would be. He’s a hero, give him the room to excel and you’ll be shocked at what he can deliver.”

Discussing the role of fully integrated scores in video games, with VGMO – “There are many examples in the indie sector of games that have fully integrated video game scores into the overall experience. One clear example of this is within the BAFTA-winning game Thomas Was Alone, by developer Mike Bithell. The composer David Housden’s score for the title is as important to the game as the narration by the flamboyant broadcaster Danny Wallace. It humanizes what is essentially a bunch of 2-D shapes, encouraging an empathetic response from the player with its uplifting progressions and instrumentation.”

“So with the ceremony having been and gone now, I’m delighted to be able to say that I was asked by BAFTA to participate as a jury member to decide the nominees and winner of the ‘Best Music’ category for 2016. An honour which is typically reserved for BAFTA members and industry veterans.

I was one of a jury of nine and after having a couple of months to play through and (more importantly) listen to all of the shortlisted games and their respective scores, we convened to discuss our findings and opinions before casting our votes on the nominees and eventual winner.

It was a tremendously informative and rewarding experience; as well as being one of the most difficult things I’ve ever had to do! The strength of the shortlisted titles this year was incredibly high and for me there really was no clear winner, with many of the scores all beautiful in their own rights. I was able to narrow it down to a top 3, and I felt that any one of those would have been worthy winners in my book. So it was with great pleasure that I saw the award go to one of those selections, Ms Jess Curry for her stunning work on Everybody’s Gone to the Rapture last year.

I’d like to extend my congratulations to all of the nominated and shortlisted parties. I felt they all did some amazing work and should take great pride for making it to the top of the cut, in a year which saw heavy hitters such as Metal Gear Solid V, Bloodborne, Call of Duty et al not receive a look in. Equally I’d like to thank BAFTA for involving me in the process and putting on another fantastic night at the awards ceremony. Having now received a behind the scenes look, I would have loved to be a fly on the wall for the deliberations during the year Thomas Was Alone was nominated. Although then again, I imagine the discussions may have been relatively short given that was also the year of Journey! Either way I found it very inspiring and it’s renewed my resolve to ensure that mine will be among the works being discussed again, in the not too distant future!

David will be speaking on the music panel, as part of the game audio summit at the London Games Festival on Monday 4th April.

The talk will be held at the British Film Institue on the Southbank and commences at 11:00am.

Tickets and further information can be found here.

“Wonderful tracks, really nailed them all. So nice working with you.” 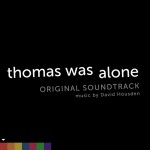 This is the deluxe edition of the BAFTA nominated original score to Mike Bithell's indie platformer 'Thomas Was Alone' www.thomaswasalone.com

The perfect accompaniment to the game! 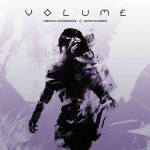 Stealth action and infinite level creation from the award-winning studio behind Thomas Was Alone. Enter the Volume to halt the corruption of Gisborne Industries and train the masses to rob from the rich. A curated list of user created levels delivers new content weekly.

Please get in touch for a chat about your requirements.